This informative and entertaining 4 DVD box set is presented in an easy-to-follow format and outlines essential mental toughness skills, cutting-edge drills, championship habits and elite athletic traits to help take your game to the NEXT LEVEL!

Get the EDGE for your game!

With key insights and advice from some of the most innovative minds in modern sports including: 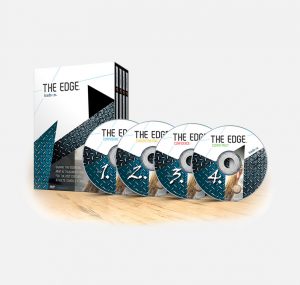