The following excerpt was written by Kevin Brockway, staff writer, Gatorsports.com and ESPN.com

“It’s a small sample size,” Wood said. “It will be interesting to see if by the middle of the season those percentages can continue to hold.”

Florida basketball coach Mike White turned to Wood during the offseason to help solve the Gators’ glaring weakness at the charity stripe. Last season, Florida shot 64.7 percent from the line, ranking 323rd out of 346 NCAA teams.

So far this season, the Gators are shooting 74.1 percent from the foul line entering Monday’s showdown in Tampa against Belmont.

White said he was willing to reach out to Wood after reading books on sports psychology over the summer. Wood has met with Florida four to five times, in group and individual sessions, leading up to the 2016-17 season.

“The mental side of the game is just being tapped into for the first time in certain programs, on certain staffs, for certain student athletes,” White said. “I never paid a lot of attention to it, as a coach, you are always wanting to continue to grow and educate yourself, self-assess …

“It’s fascinating and we’ve got a ton to learn, of course, but anything that can help your guys, obviously we want to be open to it.”

Wood is no stranger to the UF program. In 2010, former Gator coach Billy Donovan summoned him to help his players deal with the mental aspect of returning to the NCAA Tournament after a two-year absence. That season, UF returned as a 12 seed, starting a string of five straight appearances in the Big Dance.

In his 15 years in sports psychology, Wood said he’s worked with “a couple of hundred” high school, college and pro teams on the mental aspect of going to the foul line. Wood said free-throw shooting is unique, because like a putt in golf or a field-goal attempt in football, there’s a lapse in action before the physical act.

“This downtime allows athletes to think about consequences and outcomes, where he or she wouldn’t have that normal opportunity in the flow of the game when you’ve got these faced-past action/reaction sequences,” Wood said. “But again the free throw is different, you have 10 seconds on the line for an unobstructed shot, and downtime is the enemy.”

The solution, Wood said, is to create a mental routine during the 10 or 15 seconds before the shot centered around positive phrases and positive visualization.

“I call those go-to sentences, that the athlete has that they can pull out of their back pocket in the clutch, and those are the words the athletes have in his head right before execution,” Wood said. “When a player’s mind is occupied, they can think in the present.”

Controlling breathing and heart rate also is important. But Wood said it’s dangerous for an athlete to overthink form at the free-throw line. For basketball players, free throws are an automated skill that goes through the brain’s cerebellum, which regulates movement, posture and balance. Thinking through the form of the shot transfers that information above the cerebellum to the brain’s cerebral cortex.

“That’s just as dangerous as someone trying to talk themselves through walking a flight of steps,” Wood said. “You would end up at the bottom in a crumpled mess.”

“Pressure grows in the gaps between confidence and expectations,” Wood said. “If you help to remove some of the external expectations of the negative, the time spent on Twitter or Facebook or reading press clippings, than without even working on their routine you can reduce pressure in their mind and they can become a much better free-throw shooting team. I call those front-end skills.”

Florida junior center John Egbunu said he’s found Wood’s sessions over the summer to be useful. Egbunu is shooting 70 percent from the line this season, up from 53.2 percent last season.

“It’s just understanding how to kind of like clear your mind going into a game, understanding that you are going to have doubts and you’ve just kind of got to back those doubts up with a positive approach instead of dwelling on them,” Egbunu said. “I feel like that’s been really good.”

Florida Gators guard KeVaughn Allen takes a breath before taking a free throw against the Florida State Seminoles on Dec. 29, 2015. The Gators are working with sports psychologist Spencer Wood this year to help improve their free-throw shooting.

He tweaked some of his players’ mechanics. He increased repetitions in practice. He had guys shoot while tired and winded and with some team accountability at stake. He even considered bringing in a sports psychologist.

“I didn’t want it to become more mental than it already was,” White said Tuesday.

So he waited until the offseason.

Over the summer, White brought in renowned sports psychologist Spencer Wood to work with the Gators.

“If you can train your mind, use different methods to understand how to stay in that place — whatever that place is for you or whatever that trigger word is for you — or get you back into that place of calm, or confident, those type things, I think it can help you with the rest of your game as well,” said White, who’s in his second season in Gainesville.

So far, it’s made a noticeable difference for Florida (2-0), which plays St. Bonaventure (1-0) in Lakeland on Thursday night.

After ranking 323rd (out of 346 NCAA teams) from the foul line last season, shooting a meager 64.7 percent, Florida is up to 78.6 percent so far this season. Two games are hardly enough of a sample size to make White a believer, but he wants to think there is improvement.

“You hope that moving forward we can be in the same mindset,” White said. “I’m not sure it’s fixed. I don’t want to sit here and think we’re a great free throw shooting team. But what we’ve seen the first two games is what we’ve been in practice. You want that to continue, of course. Our guys are in a pretty good place.”

Leon said Wood worked with players to find their “hype meter” on a scale of 1 to 10, telling them they needed to play defense at a more frantic pace than offense, especially at the line.

“He gave me a lot of different breathing patterns,” Leon added. “So that’s really been working for me. … It’s good to see it impact the game. That means the stuff we’ve been doing is working, and it shows we’ve taken the time to put the effort in the gym.”

Wood’s resume includes a number of college and professional teams. He worked with the Gators previously, getting invited by former Florida coach Billy Donovan before the 2010 season and helping that team deal with the psychological aspects of trying to get back to the NCAA tournament after a two-year absence. The Gators, led by Chandler Parsons, Kenny Boynton and Erving Walker, returned to the tournament.

White blamed free throw shooting for his team missing the NCAA tournament last season. The Gators blew several leads, failing to put teams away late from the line, and had double-digit misses in 10 games.

The Gators look considerably more confident this season. If not for newcomer Canyon Barry missing three of his first four underhanded free throws in the opener because of nerves, the Gators would have shot at least 80 percent from the charity stripe in both games.

“Very nice, very nice,” White said. “Knock on wood we continue shooting it this way. We have in practice. We just hope we continue to see that carry over. You can see it [in] their body languages, a little more confident at the foul line. … It’s a big factor for us. It kept up out of the NCAA tournament last year, single-handedly, and hopefully this year we continue shooting like this.”

Icebox Athlete is honored to announce an on-going partnership with USA Basketball to provide cutting-edge mental skills and toughness... 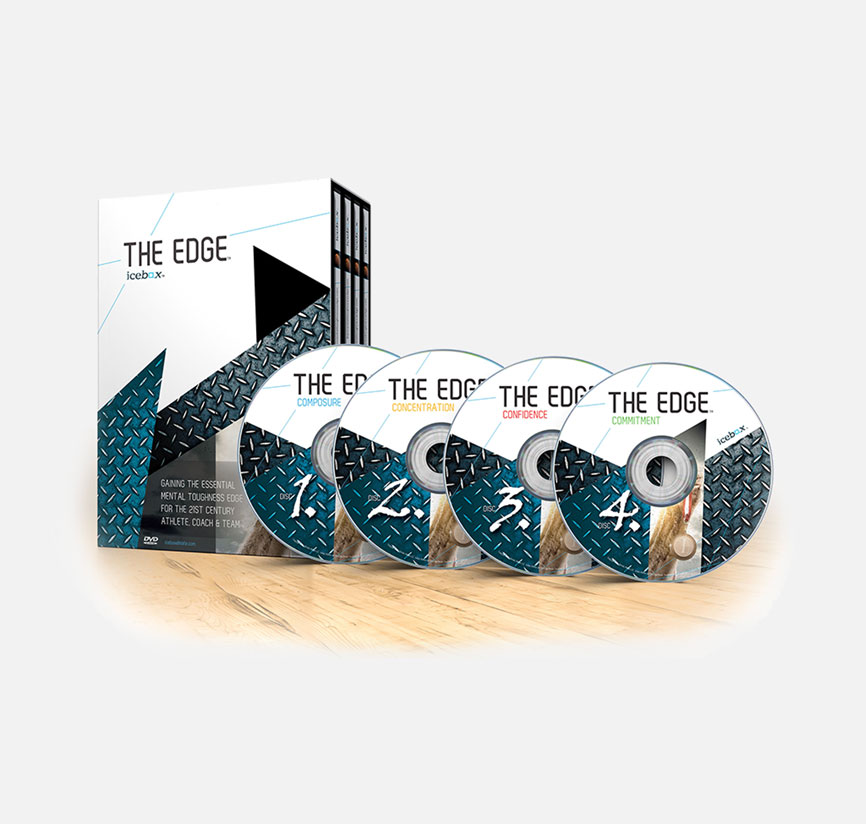